A stunning 12min full CGI movie for Mercedes Benz with ROOMs Studio for the Asian market and their Mercedes EQE model.

Mercedes Benz wanted to create an immersive world to present their new Labs research and development sector as applied to their new EQE model in 2022.

Modelling a hummingbird poses two basic challenges in comparison to all other birds.

1) Its feathers and especially its gorget (the patch of colorful feathers covering its throat) instantly blazes in shades that span the color spectrum, depending on the species. These colors come from the feather structure rather than a pigmentation. Each iridescent feather has tiny spikes that are densely packed with many layers of microscopic structures filled with air bubbles. These structures reflect light, creating color in the manner of sun glinting off an oily film on water.

2) Contrary to all other birds, their wings move in a figure-eight pattern about 50 times per second, which allows them to maneuver with ease. Other birds create the lift needed for flight with each downstroke of their wings. In other words, typical bird flight is achieved by flapping the wings up and down. Hummingbirds, however, rotate or twist their upper arm bones to invert their wings and gain lift from the upstroke as well as the downstroke. Due to this amazing mechanism they are the only birds that can hover in midair, and even fly backwards.

All scenes were created in SideFX Houdini and rendered with Arnold 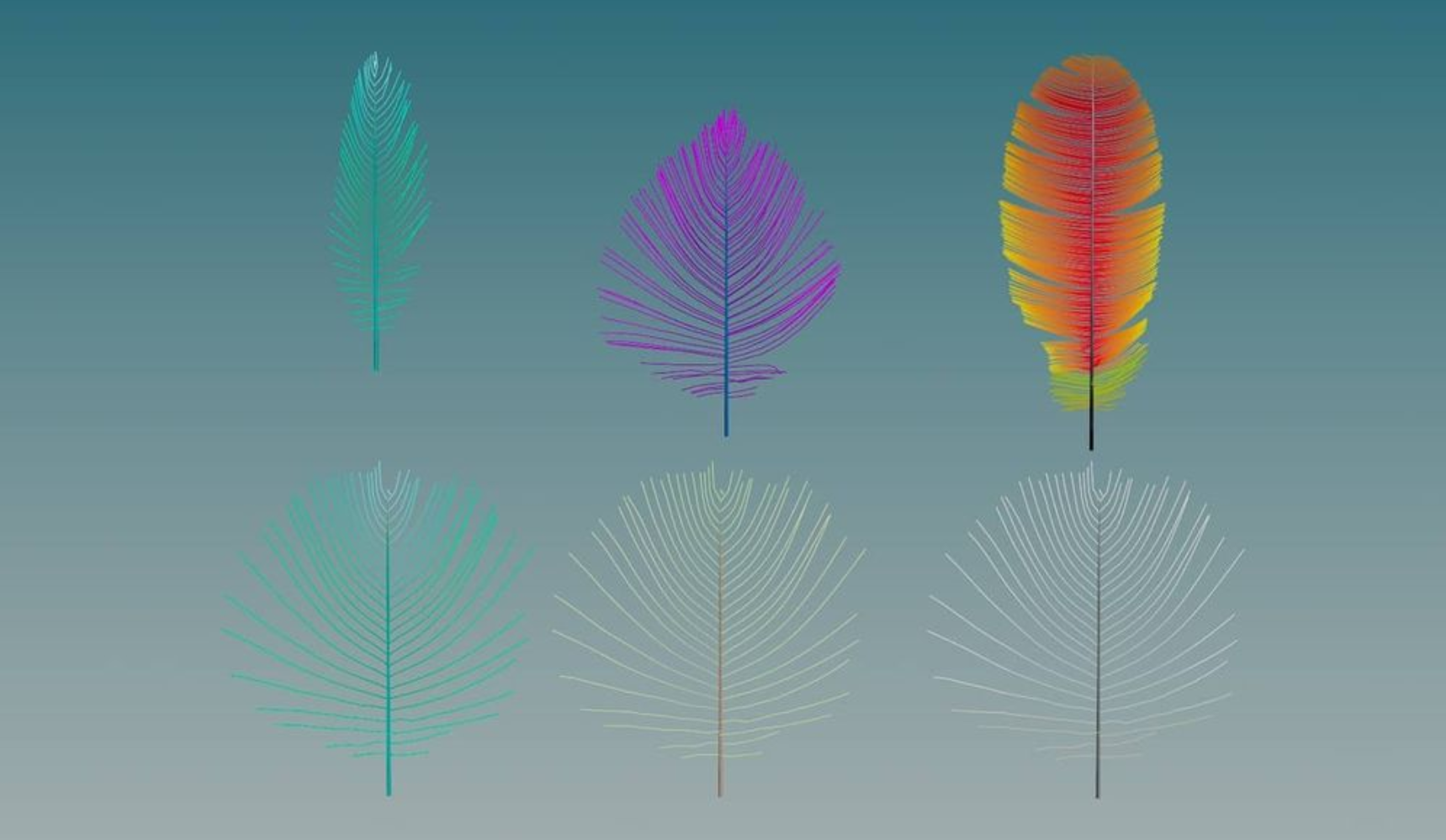 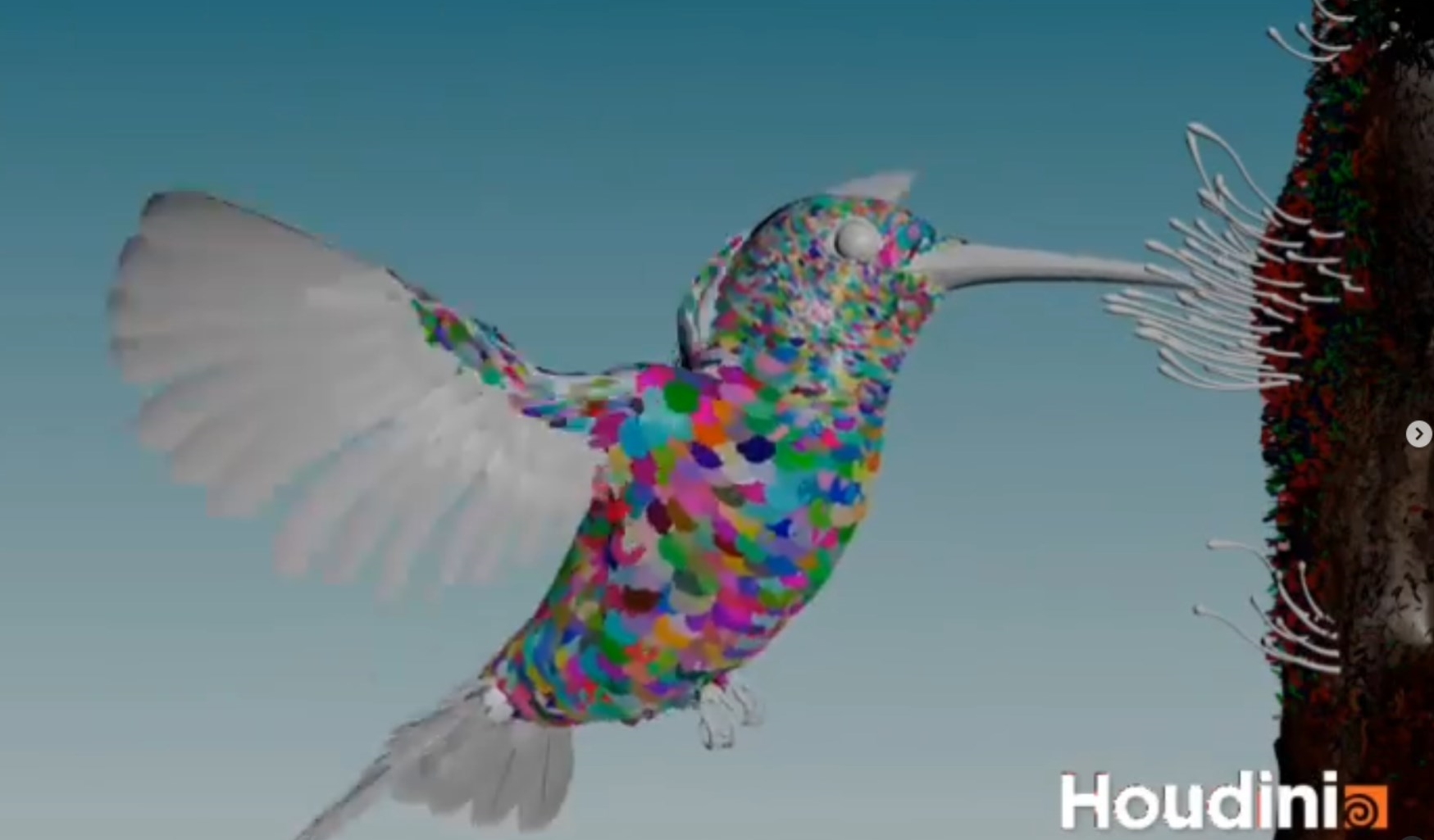